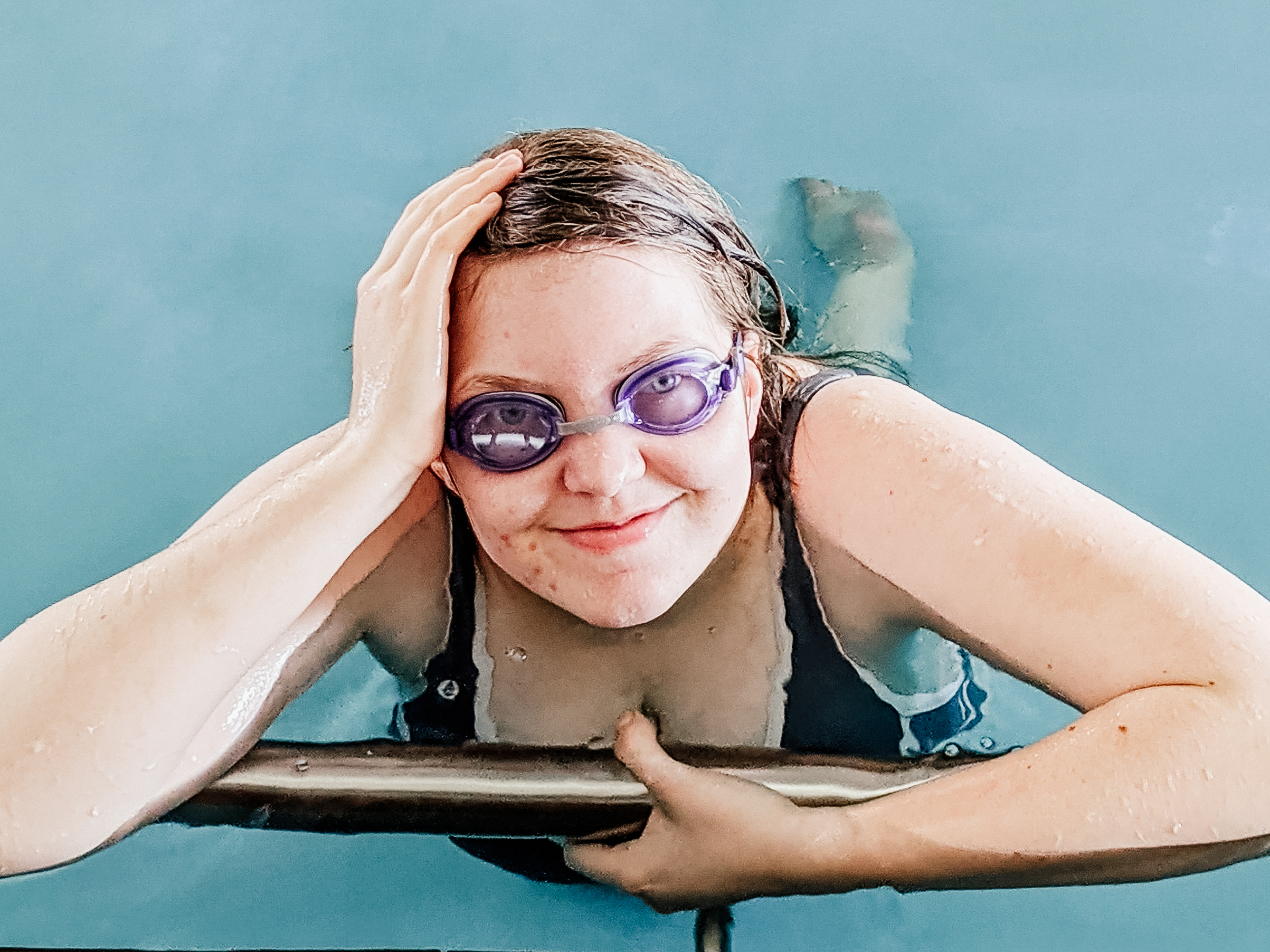 NDIS supports Axel and Imogen to learn to swim
Annette Anderson said it was life-changing for her children when she was able to access some of their National Disability Insurance Scheme (NDIS) funds to enrol them in an Autism Swim aquatics program, so now they are safe and confident in, and around, water.

The Toowoomba mum said the aquatics program, which encompasses water therapy, water safety and learning to swim, has just been the best thing for her children, given Axel, 16, has an intellectual disability and autism; he is non-verbal and has a rare pain disorder, Erythromelalgia, which makes his arms and legs feel like they are on fire.

“Imogen has autism too and she’s developed scoliosis, so the aquatics program has just made such a massive, massive difference, in improving both their lives,” Annette said.

“We found their teacher, Janelle, through Autism Swim. -

She is an accredited aquatics instructor, equipped with all the appropriate resources to teach people with autism.

“Janelle understands the complexities of autism and provides the support mechanisms people with autism need to be educated on water safety. She has been incredible, training them with the necessary skills to be safe and confident in, and around, water. She’s just so patient; she’s always laughing; she makes us all feel at ease and the results Axel and Imogen have, and still are, achieving is testament to her incredible work. At their lessons, when Imogen is swimming laps, everyone cheers her on. Axel is doing really well too. He’s working on his stroke technique, and at over six foot he’s going to be a real powerhouse just like his sister.”

Annette said she was able to pay for Axel and Imogen’s aquatic program with part of their NDIS Community Participation funding.

“I’ve seen the difference it’s made for my kids with the right aquatics instructor, particularly for Imogen,” she said.
“She developed scoliosis as part of a genetic condition. It was looking like she would need an operation. She’s still on the waiting list, but the physiotherapist said her posture has dramatically improved since she’s started the aquatics program!”
Annette said since Axel and Imogen were babies she’s “tried endlessly to get people to teach them to be safe, confident and to swim, but it just hasn’t worked”.
“Axel attends a special school, but with limited classes and other students, teachers haven’t been able to get him to do the stroke. The school lessons just aren’t enough when you have someone like Axel, with his level of impairment. Lessons need to be one-on-on and really, really intense so he can get it.”

Annette said she also had challenges getting Imogen taught before she engaged Janelle.

“Imogen had endless swimming lessons at school and got nowhere,” she said. “I put it down as a confidence thing for her. Anxiety is such a huge part of it, especially for girls with autism, they can mask it so well and say everything is alright, but they get glossed over and there’s so much bullying. Imogen has had to endure a lot so her confidence was low, and it really affected her ability to feel comfortable in the water and to learn to swim in the school environment.

“It’s a normal parental responsibility, giving your children access to swimming lessons at school, which kids without autism can do, but kids like Imogen, who have autism, can’t." Annette said it only took a few months with an Autism Swim instructor, twice a week, and Imogen and Axel were confident in the water.

“I was amazed. Imogen has become such a good swimmer. She’s so confident in the water now, and she’s even talking about swimming competitively!” Janelle is just amazing. I feel so lucky we found her, and she absolutely kills any anxiety we all had about being in, or around, water. Janelle said Axel recently mouthed unexpectedly ‘thank-you’ and she’s had to hold back tears and he’s even starting to interact with others on the water.

“I’m just so proud of Axel and Imogen, and grateful I could use some of their NDIS funding to enrol them in this aquatic program. It’s just made such a difference,” Annette said.